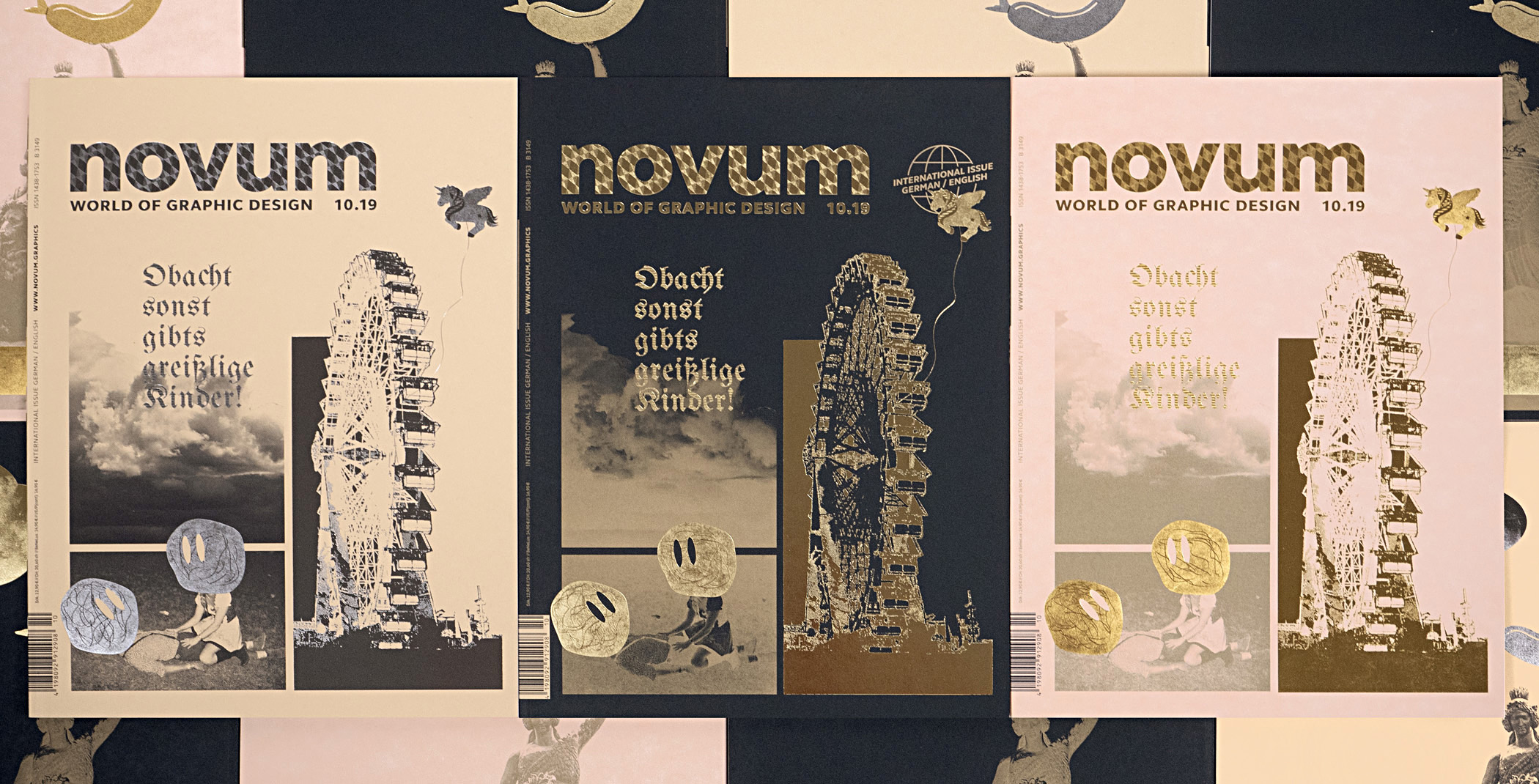 The Munich Oktoberfest is usually not particularly relevant to design, but in this issue it serves as a wonderful source of inspiration for a cover that literally goes round. Various hot foil stamps with micro-embossing were used on a down-to-earth recycled cardboard box, which set sophisticated accents. Overall, covers were created in four different color variants, which were refined with two foils in silver and gold as well as a special gold color …

… Why just one cover when you can have a lot more. According to this motto, the October issue of novum appears in four different colors and has been refined with two hot foils and a special gold color. For the first time we worked with micro-embossing, a technique with which the finest details can be worked into the embossing dies. This process is often used to create counterfeit protection, but as you can see on our cover, very attractive visual accents can also be created.

Five stamps in different sizes were used on the circumferential cover, manufactured by MSP stamping technology. Since both larger areas and fine details were embossed, extensive tests were necessary in advance in order to optimally match the foils (short) to the paper (RecyCard from Papyrus Deutschland). The embossing itself also required a certain amount of tact and was masterfully implemented by August Conzelmann AG.